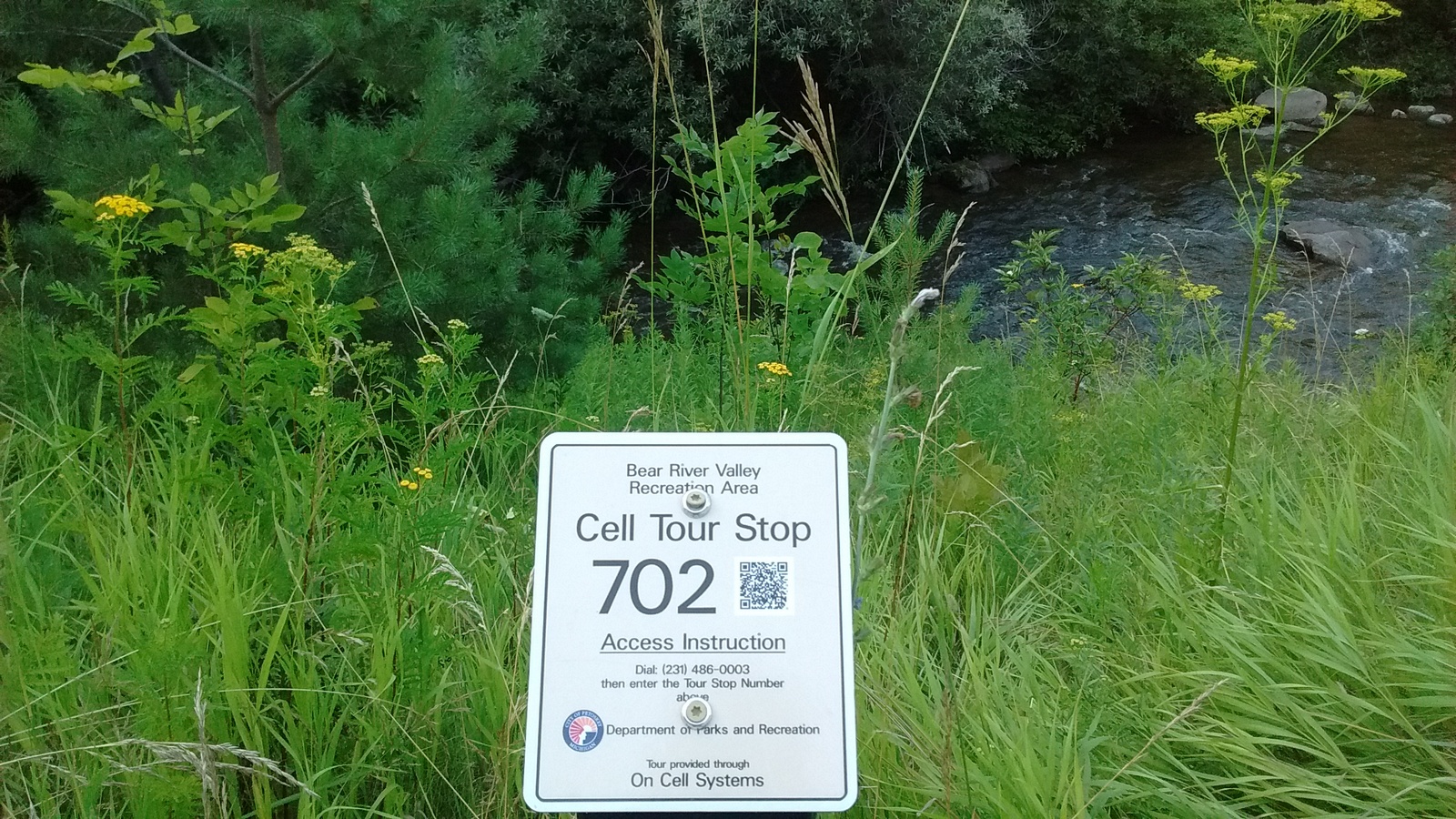 I like this simple idea. Just call on this number, type place number (702) and get historical information about place you standing now

By the way, it’s awful how much different types of screwdrivers you have to have in America. In Russia I accustomed to have only two: flat-blade and crosshead. And hex for bicycle. Here in America I saw so much types. For example, looking attentively you can see screw with six-pointed star head.

Next our stop was Beaver Island with population of 650 people. Half of houses were on sale. 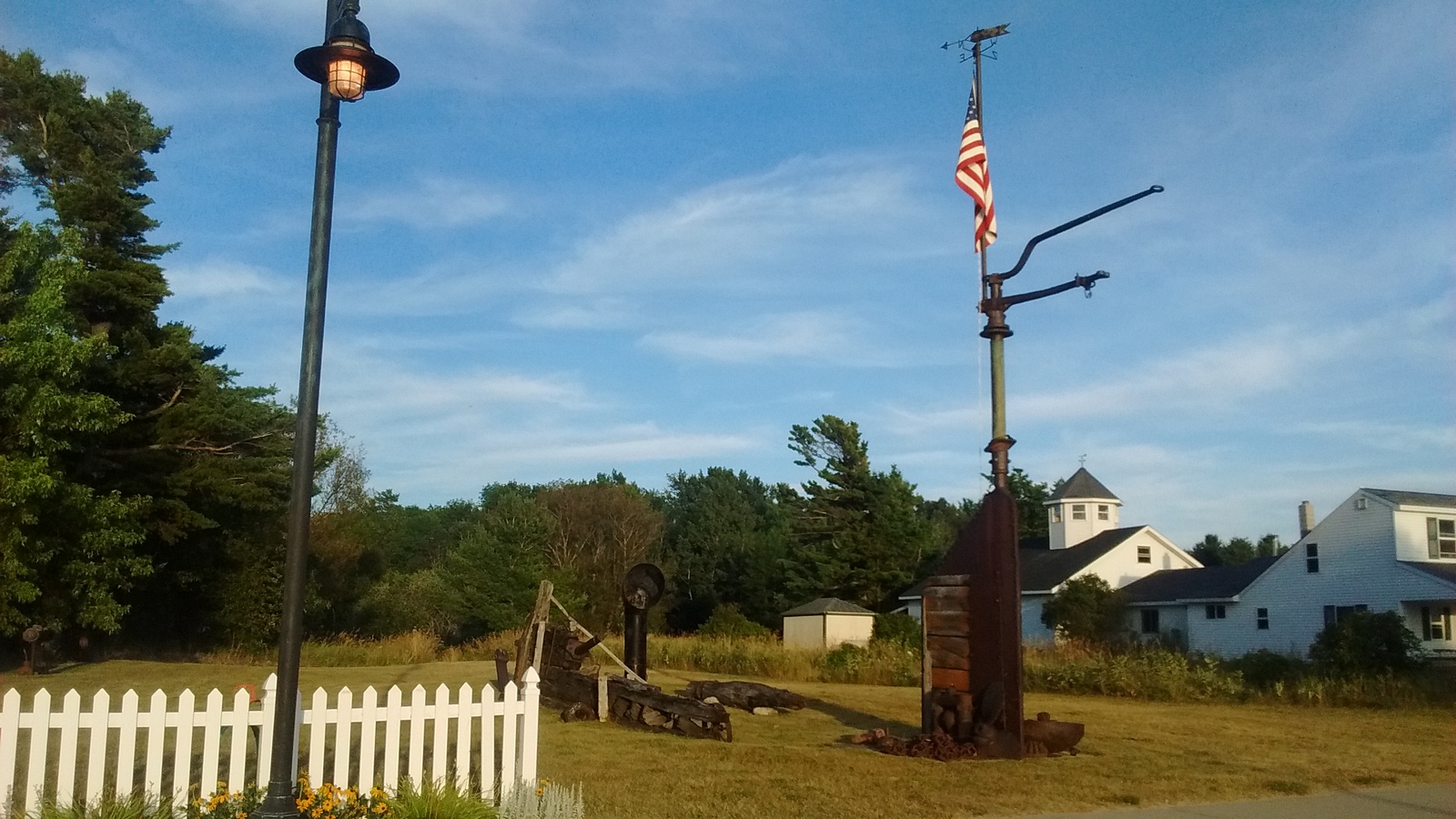 Shipwreck remains on the Beaver Island.

On the Beaver Island diesel was very expensive. Price was twice comparable to same on main land. $5.35 against $2.65. We fill only our 5-gallon jerrycan. 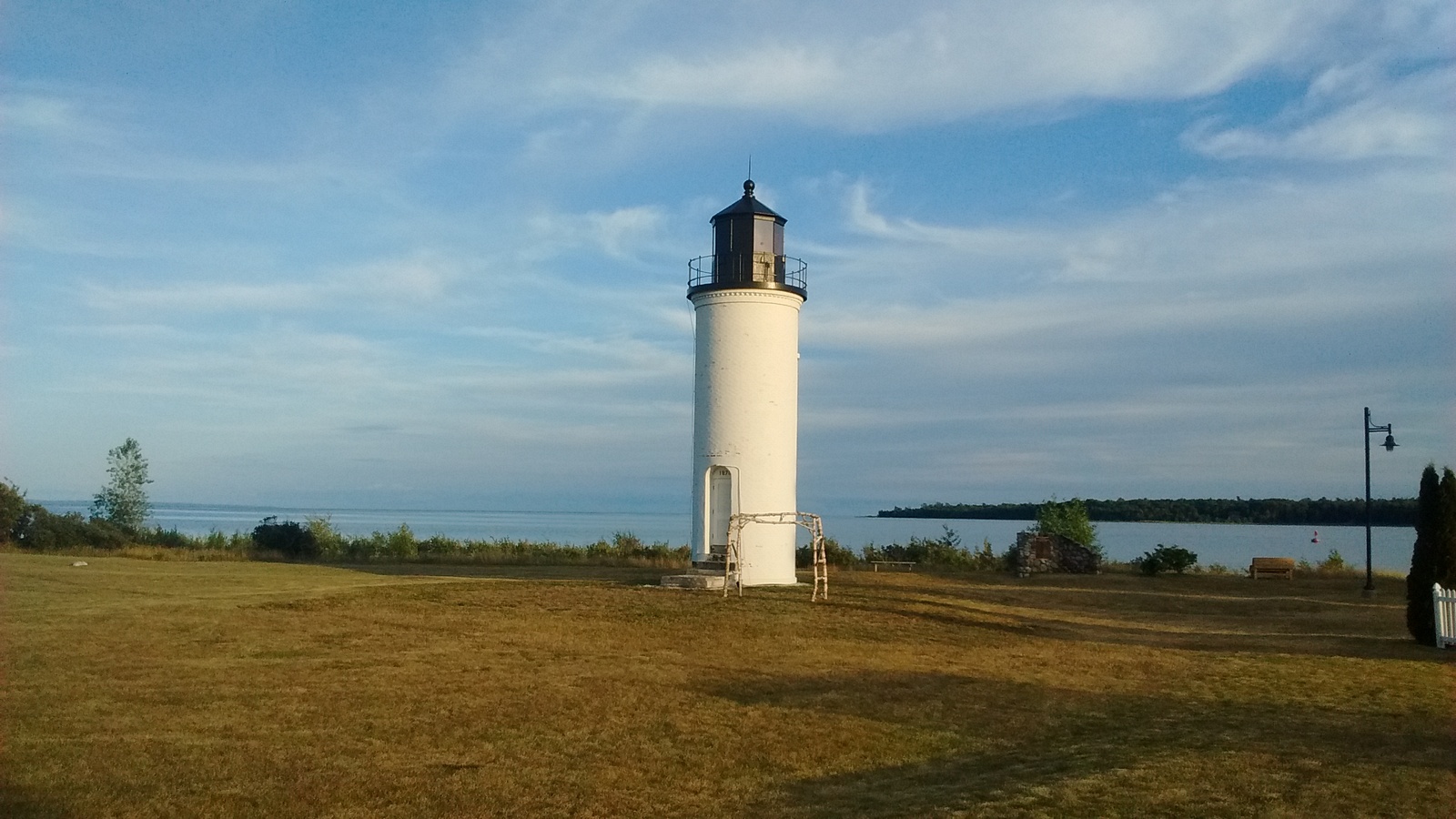 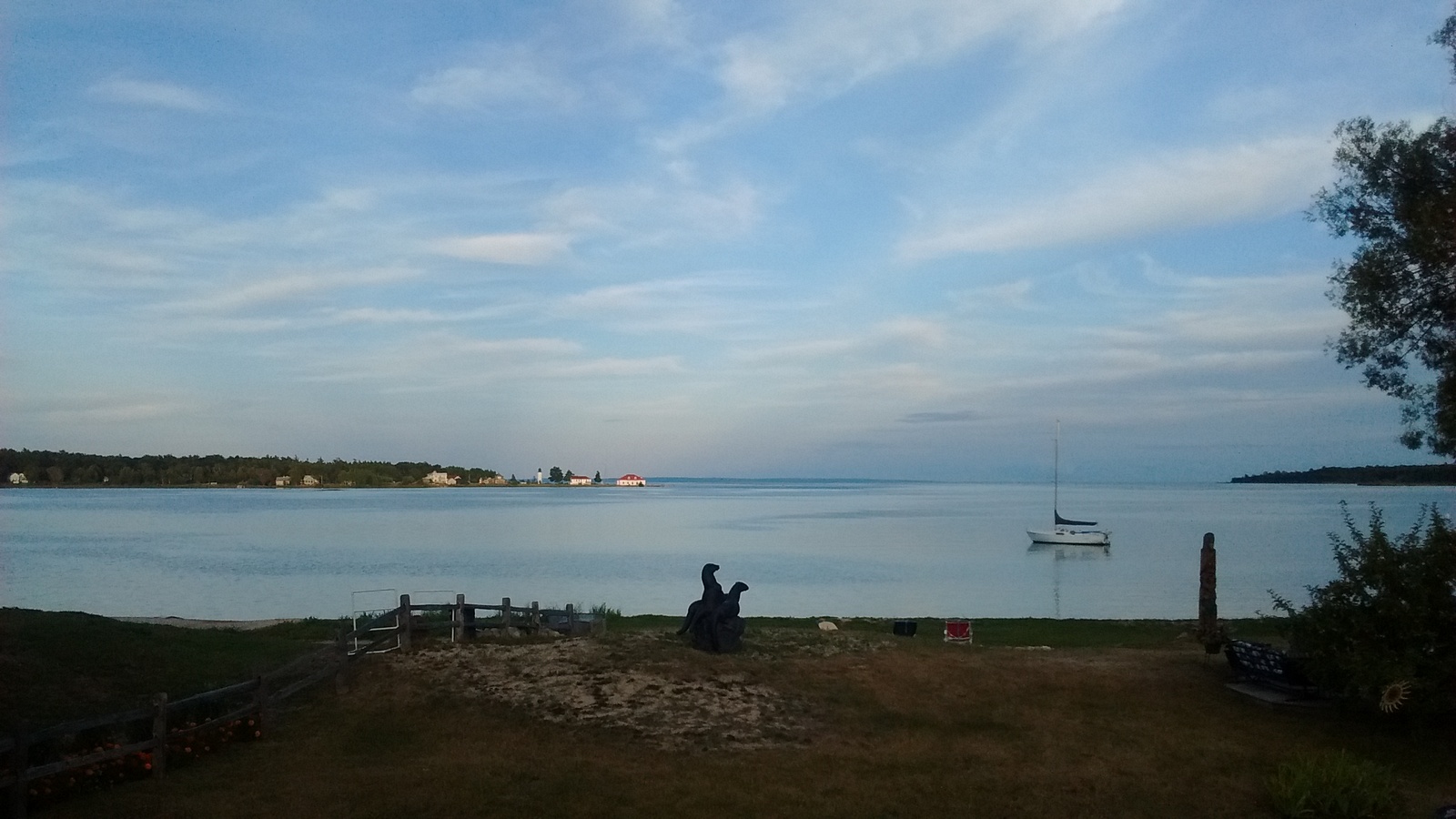 Our desire was to visit some inhabitant island. Wikepedia says about near Garden Island: “This island is inhabitant….. There are two indians constantly living on this island”. Also this island is known as training place for 30+ girls who were trained and then lived on island a week. When we went to the shore on our dinghi we discussed with each other romantic medieval times when new lands were discovered. We were feeling ourselves as explorers when our dinghi moved toward the shore.

First thing we saw after landing was swimming snake. Then we were bitten by throng of gnats. After landing on another place we so quite big snake with sinister color. So we decided we are not trained girls and not explorers. It’s better to read on Mamushka 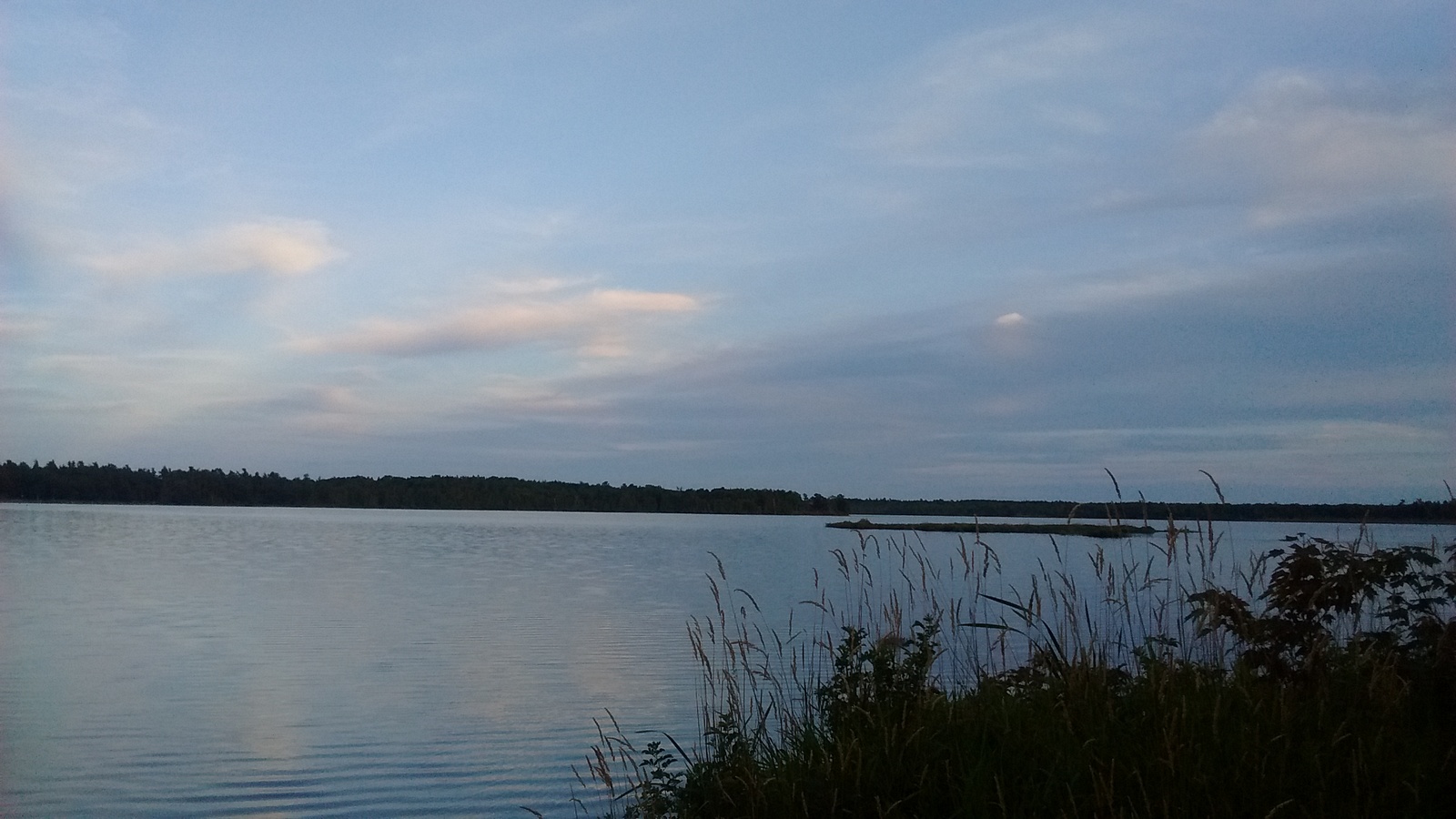