I want to share a lifehack which worked for me couple times. Staying in Columbia I tried to find cheap air tickets from Santa Marta to Bogota. As usually searched on some air tickets aggregator(skyscanner or momondo). It gave me the price of $50. I’ve changed the country in my settings on the site from Russia to Colombia and run search again. Aggregator starts to look in Colombian agencies and have found prices started from $40. It’s 20% less! Even less than bus ticket. The only flaw of this approach is only Spanish language you can use on this site. There is no switchers to other languages. But as I was learning Espanol at that moment I tried my best and bought the ticket.
If you are staying in Colombia now, you can go to the office of the air company (Avianca, Viva Columbia, Latam, etc.) and try to buy tickets there. It can be event cheaper then searching through the internet. 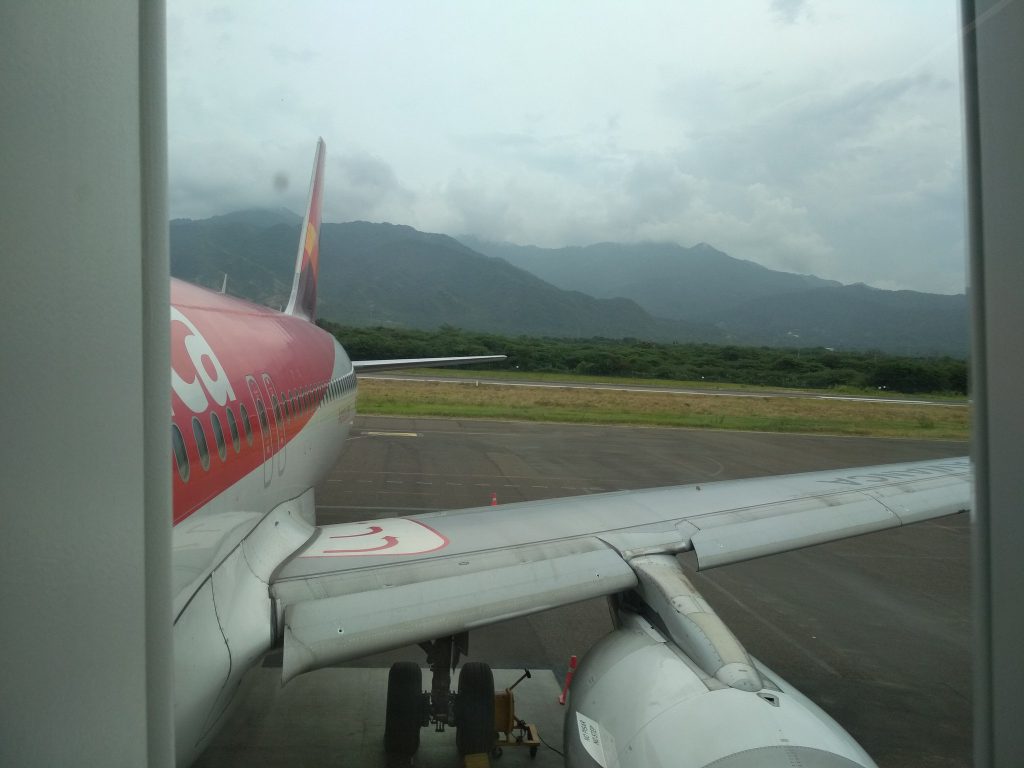 The view from the Santa Marta airport to the mountains

Almost at the same time I was buying a ticket from San Jose, Costa Rica to Cancun, Mexico. Again, changing a country to Mexico in the aggregator settings gave me a gain of 10%. But on the air company site the price was even cheaper, so the ticket was purchased there. 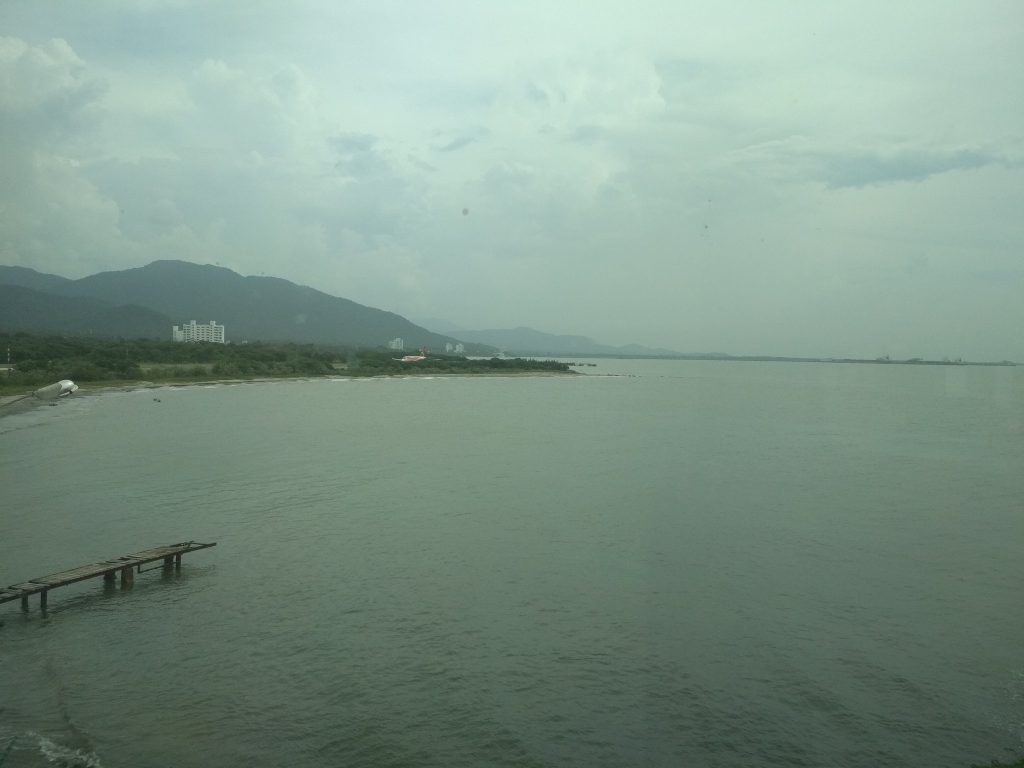 The view from the Santa Marta airport to the sea

How this way have been found out? Couple of years ago one German guy complained how the tickets Munich-Nepal are expensive – 2400 euro. I’m looking in my browser and see 600 euro. We have changed country to Russia in the site’s settings and voila! – 600 euro. 75% less!!! And unlike to Colombian travel agencies, Russian sites usually have a switcher to English language which makes it easier to buy a ticket. 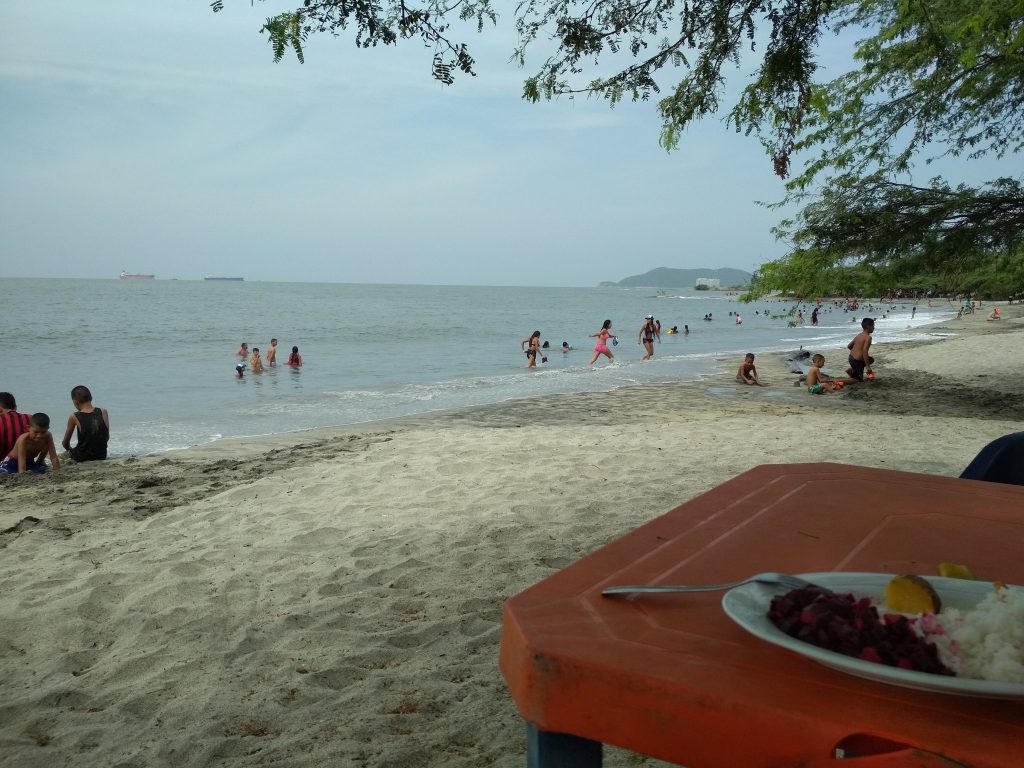 Beach and almuerzo del dia near the Santa Marta airport

P.S. I flew to Bogota from Santa Marta successfully with the ticket from the Columbian agency. Santa Marta has a very nice airport. You can leave your luggage at the desk as usually and during the hour till your flight you can… go out from the airport and instantly be on the beach, swim in the sea, look at the resting Colombian people, eat almuerzo del dia and have your flight! 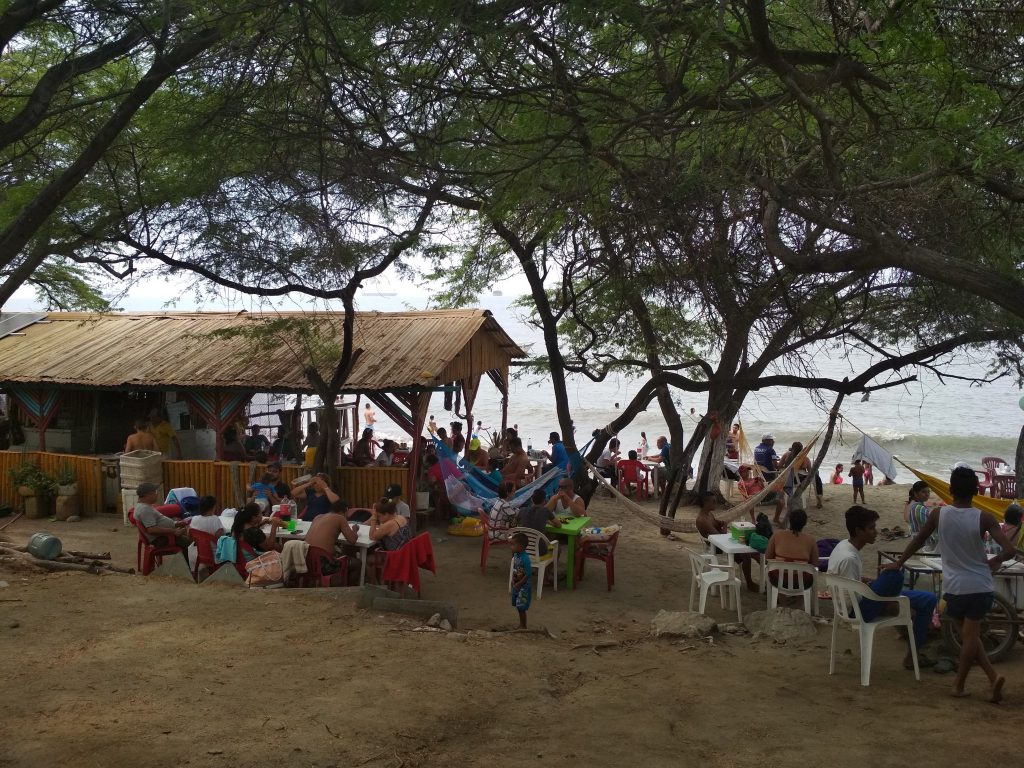 Colombian people on the beach near the Santa Marta airport